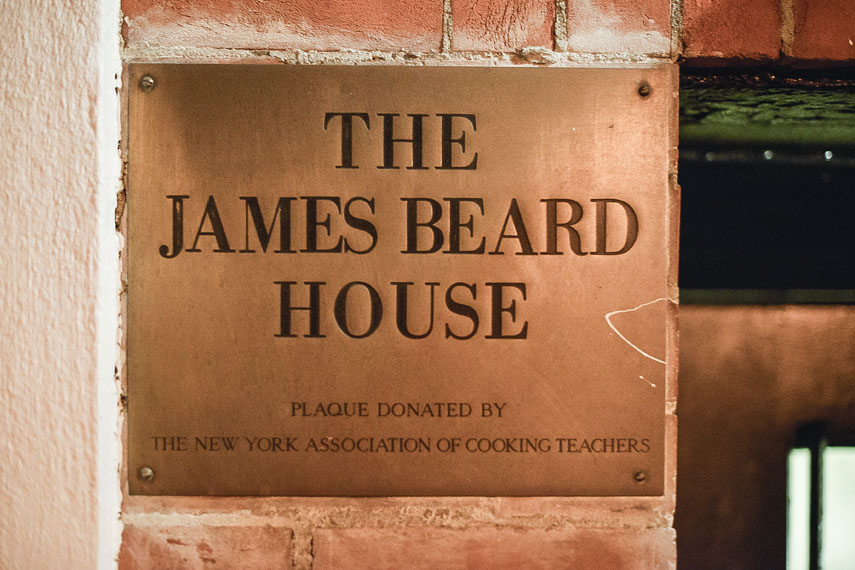 Six young local chefs–and a bartender–will head to New York Monday, March 23 to cook up a storm at the James Beard House. Their dinner, dubbed “Louisville Young Guns and Bourbon,” will be a collaboration of the participants and their mentors.

The six chefs who will try to stay our of each other’s way in the cramped little Beard House kitchen are Michael Dunbar from Corbett’s An American Place, Mark Ford from St. Charles Exchange, Oscar Maldonado, who cooks for Wiltshire Pantry,  Ming Pu of Asiatique and Zac Young and pastry chef Robbi Santos, both from Ward 426. They will be joined by bartender Nataleigh Kabler. The chefs mentors Dean Corbett, Rick Adams, Daniel Stage, Peng Looi, Michael Cunha, Anoosh Shariat and Shawn Ward.

The menu, which took some work to figure out, so that it can showcase the talents of each chef, is focused around Bourbon as a key ingredient.  It will feature appetizers of bacon with quail eggs, turnip cakes with bacon, pork rillettes fritters, spicy fried chicken on johnnycakes, rabbit foie gras sausages and duck confit with Asian slaw. The dinner courses will be bourbon boil, bourbon-soy duck breast, monkfish with Parisienne potatoes, braised rabbit with Swiss chard and parsnips, beef filet with oxtail tortellini and root vegetables, and honey panna cotta with bourbon caviar.

Each dish will be paired with cocktails made with various small batch Bourbons from event sponsor Willett Distillery. Other sponsors of the New York event are Bourbon Barrel Foods and Maple Leaf Farms. Tickets are $130 for Beard House members, $170 for nonmembers. If you happen to be in the City and want to join in the fun, call (212) 627-2308.