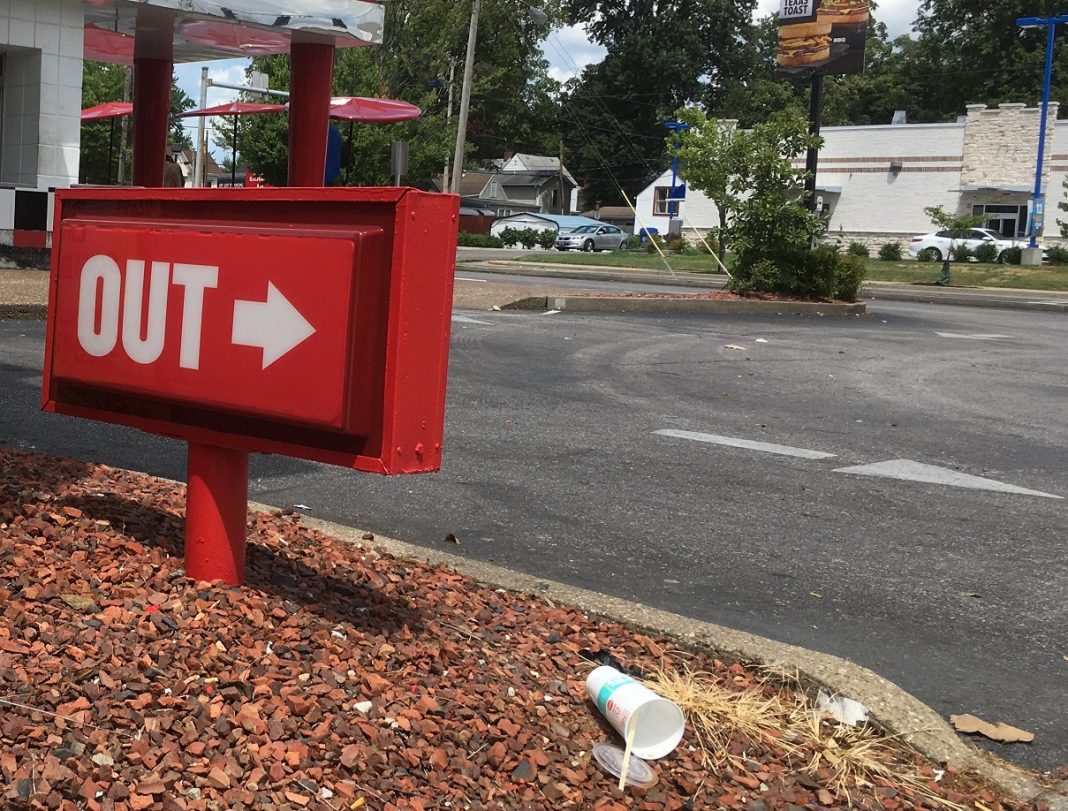 From time to time Food & Dining Magazine takes a glance at news items outside our immediate regional coverage area. Here is one from Minneapolis, Minnesota, where according to some observers the war on drive-throughs has begun.

Drive thrus had their moment; namely, the 1950s, when there was apparently nothing better to eat than processed meat and partially gelatinated, nondairy, gum-based beverages lightly tossed to you out of a window. Thankfully, we as a society have moved past this terrible time and now have a plethora of tastier and healthier options. The bar was very low on both fronts.

It is with this in mind that I urge you to choose carefully which side of the coming war on drive thrus you plan to enlist.

As Streetsblog explains somewhat less flippantly, proponents of such a ban cite environmental and safety reasons for the action.

Research has shown that areas around fast-food restaurants are especially dangerous for pedestrians because drive-throughs require more driveways, which introduce potential points of conflict. Plus, drivers tend to be distracted just before they have ordered their food — and in the moments when they start driving away with it.

The Minneapolis council said the measure would improve air quality by reducing idling, incrementally helping the city comply with its goal of reducing greenhouse-gas emissions by 80 percent by 2050.

Noting that the Minneapolis legislation grandfathers in the city’s existing drive-throughs, we’re wondering whether this is an isolated example or a coming trend.