Home CALENDAR of EVENTS Help for our tree canopy with Twigs and Swigs at Against the... 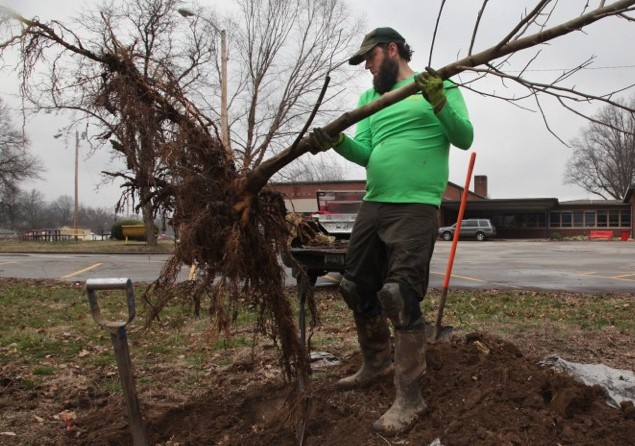 According to Trees Louisville, a non-profit organization working to “protect and expand Louisville’s urban forest through tree planting, public awareness, education and collaboration,” the city’s tree canopy is under siege, projected to decrease to 31-35% in the next ten years with a continuing loss of more than 50,000 trees annually.

“Homeowners, commercial properties and other private landholders hold the key to helping our tree canopy flourish,” writes Trees Louisville. “That’s why we partner with large landowners like Jefferson County Public Schools and provide incentives for individual homeowners to plant trees — by combining efforts and resources, we can strategically grow our urban forest.”

On Saturday, October 20 Against the Grain Brewery and Smokehouse will host Twigs and Swigs, a free event designed to raise awareness about Louisville’s urban tree canopy.

Twigs and Swigs benefits Trees Louisville and Louisville Grows, the latter of which recently celebrated its 10th anniversary as an “environmental nonprofit serving neighborhoods through urban forestry, urban agriculture and Healthy House programs.”

The event will have music, local craft beer, a pop-up market, and silent auction to raise funds for both non-profits. Folks can also sign-up to volunteer at one of the tree planting events in the community and will be giving away 350 trees to residents during the event.

Earlier in October, Against the Grain revealed that it would be taking over the long-lived former brewpub Cumberland Brews and rebranding it as a neighborhood pub.

Passing the torch: Against the Grain to pick up where Cumberland Brews left off