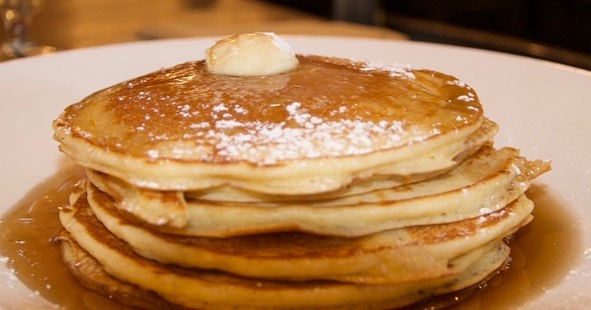 Over at Louisville Business First, David A. Mann has news of a Frankfort Avenue restaurant vacancy about to be filled for breakfast and brunch.

Morning Fork, a new concept from Chef Geoffrey Heyde, owner of Fork & Barrel Restaurant, is moving into space at 1722 Frankfort Avenue, near Mellwood Avenue. This space was previously held by North End Cafe, which closed earlier this year after a bankruptcy filing.

Morning Fork, which is expected to open Dec. 4, will offer a familiar menu to those who have visited Heyde’s restaurant for brunch over the years. Meanwhile, Fork & Barrel itself will focus on dinner service as the brunch menu shifts to this new spot.

Back in 2017, our own Ron Mikulak previewed Fork & Barrel, the Chef Heyde’s first restaurant on Frankfort Avenue, and the soon-to-come Morning Fork’s conceptual predecessor.

Fork & Barrel, a fairly quick conversion of the former Basa space at 2244 Frankfort Ave. into a restaurant with a southern American menu focus, (is) run by Geoffrey Heyde, formerly chef at Village Anchor & Pub.

After stints at Village Anchor, SET at Theatre Square and Owl Creek Country Club, Heyde quickly stepped up when Michael Ton closed Basa Modern Vietnamese restaurant. Heyde even had a name ready, worked out with a friend. Fork & Barrel’s menu is “upscale, refined American with a focus on local ingredients and Southern hospitality,” according to Nick Sullivan, the restaurant’s chef de cuisine.

The menu includes appetizers of pork belly with black-eyed peas, mussels with kaffir lime and lemongrass, parsnip soup with shiitake mushrooms, and a Bibb salad with fried chicken livers and goat cheese in a red mustard vinaigrette. Entrées include Kentucky carp, grilled lamb chops with braised leg of lamb and gnocchi is a Dijon cream sauce.