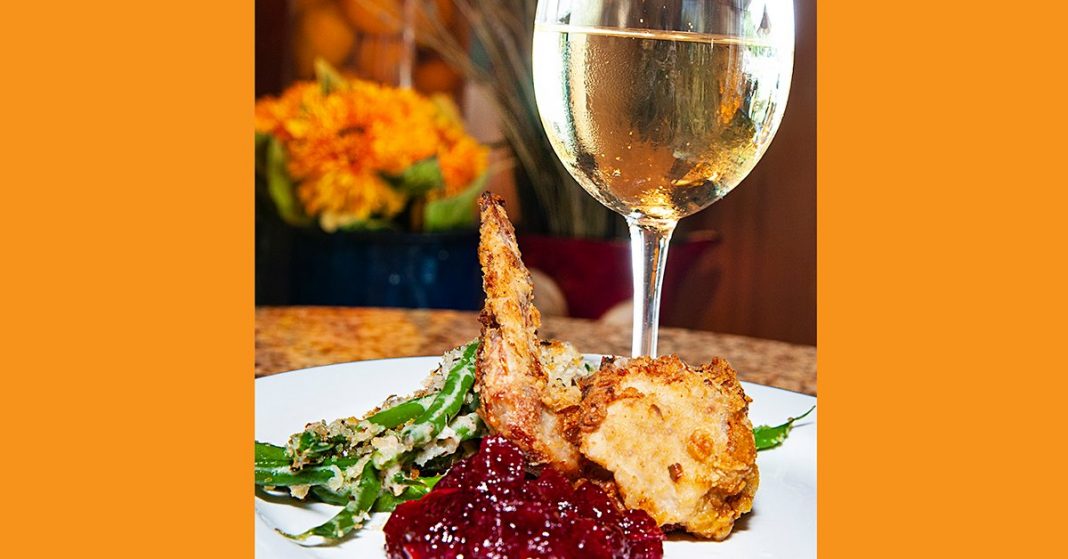 “French Wine for an American Tradition” takes place Wednesday, November 20th at 6:00 p.m., just in time for inspiring last-minute ideas on what to bring to your own dinners.

Provence owner Guy Genoud tells Food & Dining that his wine choices were made based on both price and quality. He insists they are inexpensive, not cheap, saying, “I wouldn’t want anyone serving box wine to their grandma.” All of his selections are available at Westport Whiskey & Wine.

Next, the Henry Fessy Château des Reyssiers Régnié will be served alongside a Brussels sprouts-pancetta ragout. Chef describes the ragout as resembling an Italian cassoulet, noting the beans and slow-cooking needed to make the dish.

For the final course, Genoud selected the Louis Latour Marsannay – made with pinot noir grapes – to accompany Chef Patrick’s sweet potato biscuit. To align the Southern recipe with Provence’s style, he’s topped it with a chili-honey gastrique.