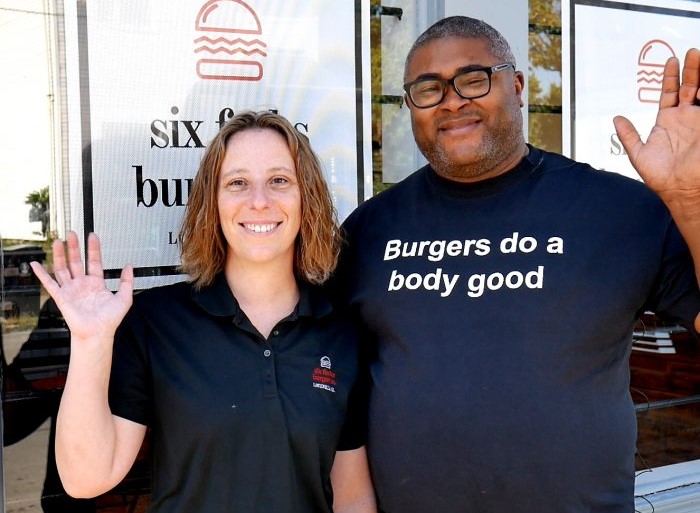 It’s been a while since we checked in with Troy King, Selena Johnson and their Louisville eateries, Six Forks Burger Co. (1039 Ash St.) and Fry Daddy’s (1991 Brownsboro Road).

Today’s update finds the Velvet Couch Hospitality Group simultaneously venturing to the north side of the Ohio River and south of the border in the process of taking over one of the kitchens at Caesars Southern Indiana Casino.

Dahlia Ghabour has the nuts and bolts at the Louisville Courier Journal.

Starting Jan. 19, Troy King’s restaurant group Velvet Couch Hospitality Group will operate The Cantina inside the casino … King said the partnership has been in the works for several months. He met with the casino’s executive chef, who said he didn’t have enough employees to run all the different restaurants inside the 100,000-square-foot casino.

He said he’s 45 employees down,” King said. “They have five kitchens, five concepts, and only one is open right now. So we’re taking over The Cantina starting on Jan. 19.” The Cantina will serve quesadillas, burritos and nachos, with protein options of steak, chicken, carnitas and shrimp.